The RailCheck Flaw detector is a hand-held Eddy current flaw detector, modified for specific rail inspection, and is easily partnered with a rail trolley and ETher NDE’s rail probes.

The FILUS EC-1 Trolley is a hand-pushed trolley, specially designed to check a single rail using Eddy current methods. The trolley uses a single eddy current probe and is capable of continuous inspection of the rail for defects which break the surface of the head of the rail. Inspection of the gauge corner and face for head checks is also possible due to the unique design of the probe. 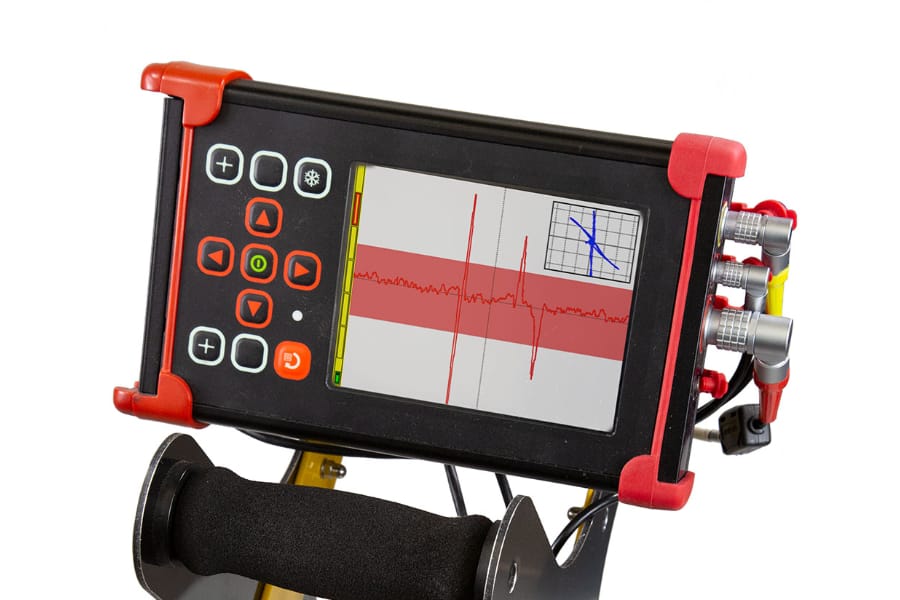 The on-board RailCheck Eddy Current flaw-detector can be configured to trigger an audible and visual warning should a defect be indicated; the display shows the presence of potential defects in the rail and the complete inspection is continuously recorded for later analysis. 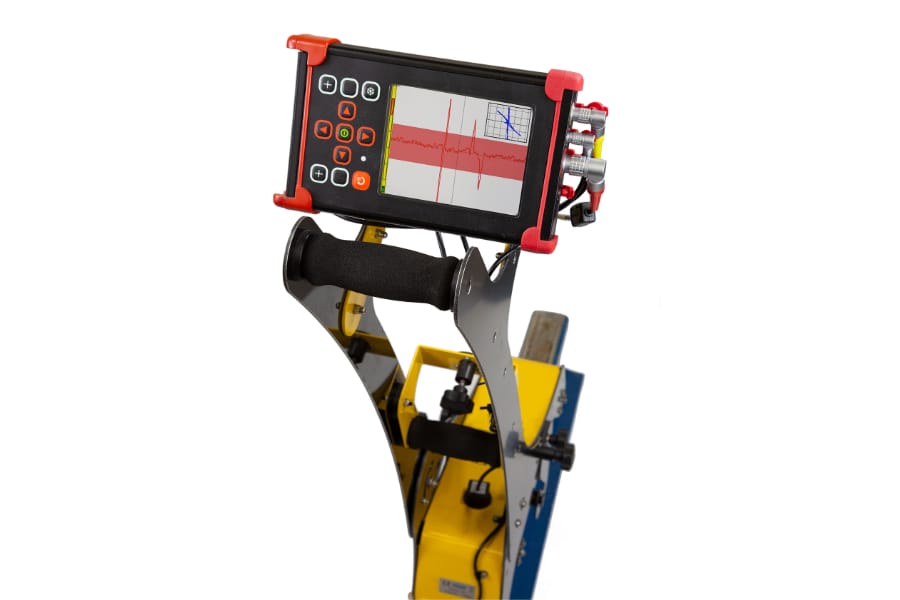 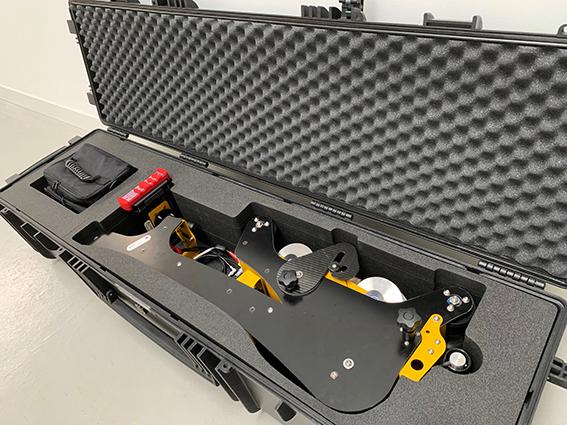 The Rail probe, a single probe that is capable of detecting orientated flaws in one pass of the rail head, giving depth (size) of the flaw.

A rotary encoder to provide distance information to the software and synchronise the sample rate with the speed.

“Trace” vs “distance” can be captured and when using Vector Display both data sets can be shown simultaneously.